Hansel and Gretel – a haunting rendition of the childhood classic

As I walked into the studio I could see simply from the scenery that this would not be like the innocent fairy-tale that we are often told. This story was performed in an interesting and compelling manner through music and puppetry; with one woman narrating and singing parts of the story in an opera style, 5 musicians accompanying her and performing throughout to add to the general spooky ambience, and 2 puppeteers who controlled the Hansel and Gretel puppets as well as moving around scenery and props. As the story was told, live footage of the puppets was projected onto a screen along with images and clips to aid the audience in their mental envisaging of the story.

The narrative itself bore more resemblance to the original Brothers Grimm story than the children’s tale that we hear today but it was interesting in how contextual references were used to link the story to real life issues such as war and poverty, this with the talent and severity of the performers added to the dramatic effect. Overall this performance was entertaining yet more thought provoking and deep than I would have expected, it was a mature story that would be more suitable for older children and adults due to its themes and language but was certainly worth watching. 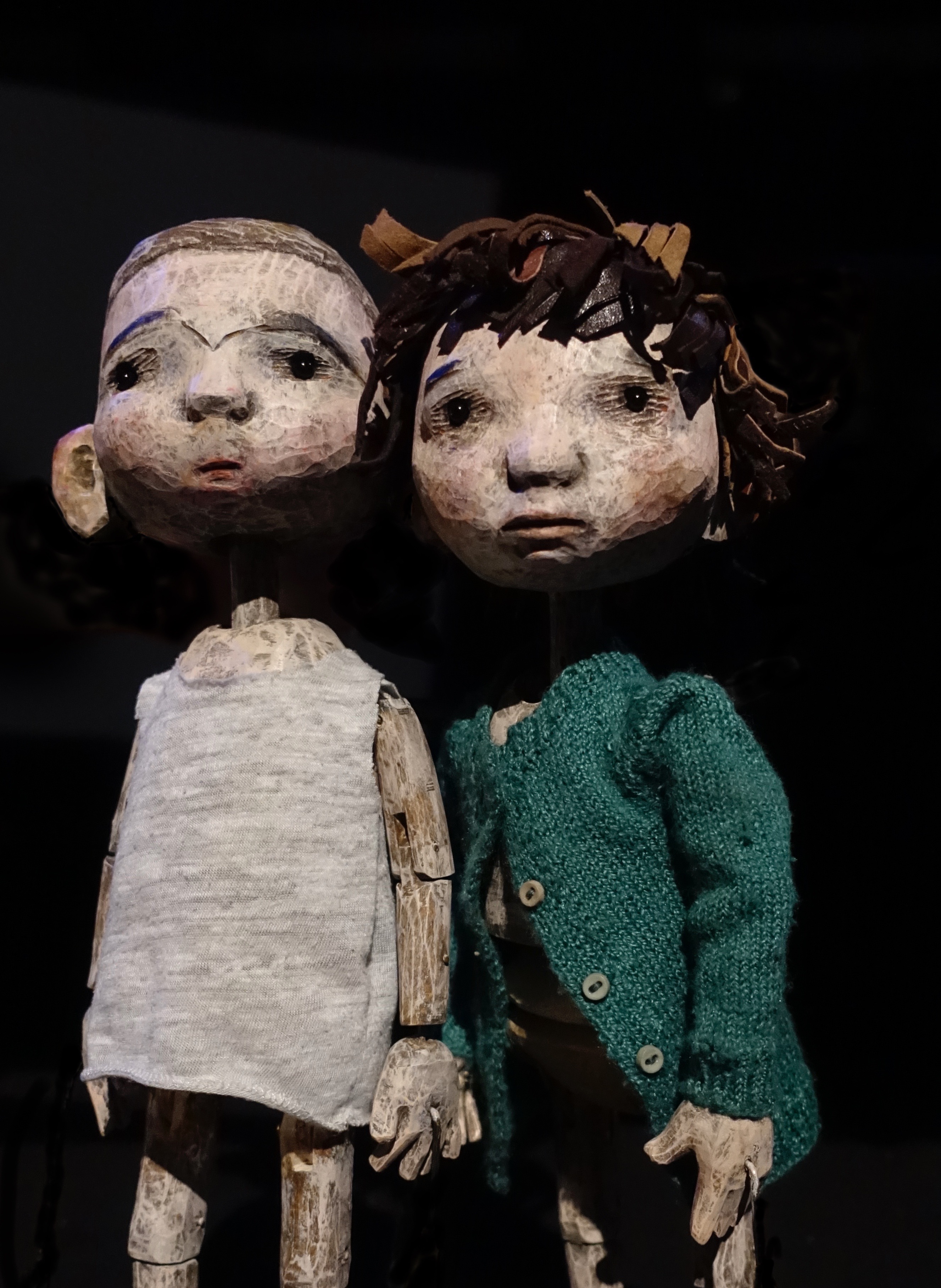